Hygenex® is a highly specialized restroom hygiene services and odor control company and franchise system. Our leadership team has more than 40 years of industry experience and an excellent reputation in the marketplace. Our top priority is providing high quality customer service. Everything we do is geared toward that goal because at our heart, we are a hygiene services company. Without excellent service, we are nothing.

Jason founded Hygenex, Inc. in 2011 and created Hygenex Franchising Corporation together with Danny Sarner in 2017. As CEO, Jason Sarner is responsible for finance, operations, franchise sales, marketing, lead generation and strategic expansion. After graduating from the University of California Santa Barbara and doing MBA coursework at Pepperdine, in 1995 he joined his father as a franchisee for Swisher International, a commercial cleaning products and services franchise program where his family owned the Los Angeles and Inland Empire territories. After they sold the business in May 2011, Jason launched Hygenex, Inc. in the San Diego market, adding the Los Angeles market in 2015. Both remain owned and operated by Hygenex, Inc. 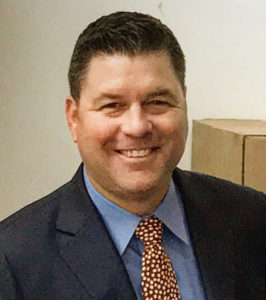 Danny purchased 50% of Hygenex, Inc. in 2015, and created Hygenex Franchising Corporation together with Jason Sarner in 2017. As President, Danny Sarner is responsible for sales, marketing, training, service, customer relations, franchise relations, and strategic expansion for both Hygenex Inc. and Hygenex Franchising Corporation. A graduate of the U.S. Naval Academy and a combat decorated Marine Pilot, he joined his father and brother as a franchisee for Swisher International from 2005 until 2011 when the business was sold. From June 2011 until October 2015, Danny was Chief Operating Officer for Paradise Helicopters in Kailua Kona, Hawaii. He purchased his interest in Hygenex, Inc. when we expanded into the Los Angeles market.

*Your results may vary. See our Franchise Disclosure Document Item 19 and the notes and assumptions that follow for complete information. 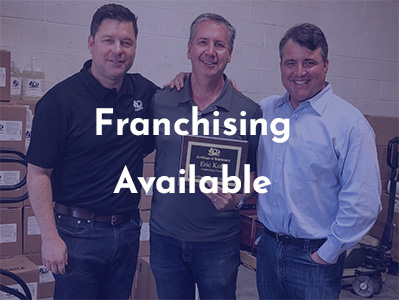 
"I was extremely busy earlier so I was unable to say how much I appreciate your help and especially pointing out those hygienic issues in our Preschool. Those children mean the world to me and I only want the best for them. I had no idea it was that bad. Sad to say, I thought some of the things I would see was just "normal" things that just happen over time with excessive repeated use. Now I see how wrong I was and I feel that your Company is a God send. Thank you! And we look forward to working with you. "


"I just wanted to let you know that it is very nice to be able to walk into a fresh, clean smelling restroom now. It is a significant difference between the quality of service we were getting before. Thank you very much! Very happy we switched to Hygenex."


"The first visit of your representative to our workshop was a welcome change to our sanitary experience. Like ourselves, I like to assume that many of your clientele initially undervalues the importance of your service so I thought to write you a little thank you note. All our bathrooms that we thought were due for a complete remodel, now smell and look really pleasant and clean. I noticed your new dispensers, our sinks, urinals and toilets look better than new, and these little things have definitely improved our work environment. Plus the restrooms used to have an odor and now thye smell great! The monthly cost for your service is definitely a much better ROI than a remodel. Thank you and keep up the good work."


"We began using your "Hygenex" service in June 2012 to deep clean and sanitize not only our public restrooms but our employees' restrooms as well. We continue to be very pleased with the terrific job that your company does to maintain the high standard we require for our business. Your Hygiene Service Technicians are professional, courteous, and are obviously proud of their work. Many of our customers have remarked on the cleanliness and fresh smell of the restrooms."


"We have been benefiting from the Hygenex Restroom Hygiene service for over a year. Your Hygiene Technician has been professional, punctual, and really does a great job. Our Restroom maintenance and paper costs have been dramatically reduced with a higher level of customer service, and most important, our customers love our clean, fresh smelling, sanitized restrooms."